THIS JUST IN! CLINTON RELEASES A STATEMENT!

CRANKY CLINTON HAS BEEN EXPOSED AGAIN -- THIS TIME FOR COORDINATING ON HER E-MAIL SCANDAL WITH A COOPERATIVE WHITE HOUSE.

REACHED FOR COMMENT BY THESE REPORTERS, A SEATED CRANKY LIFTED ONE LEG SAYING, "THIS IS MY RESPONSE TO THOSE WHO DON'T LIKE IT."

CRANKY THEN RELEASED A LOUD (AND STINKY) FART.

"THAT'S MY RESPONSE.  CALL ME PRESIDENT CRANKY! I'VE GOT THIS ALL SEWN UP!"

In Iraq, demands continue for Turkish troops to leave the country. 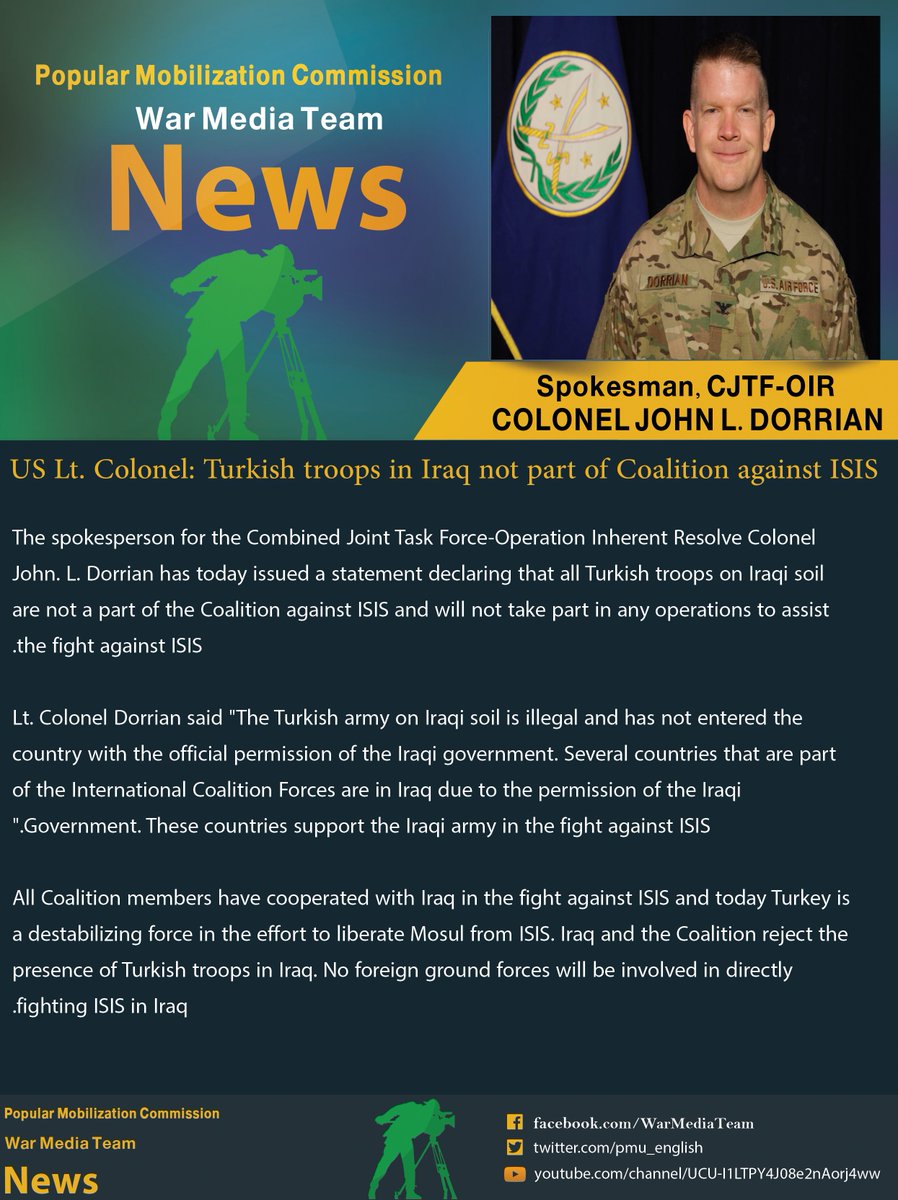 Dorrian announced during a briefing in Baghdad that Turkey is operating “on its own” in Iraq, AP quoted him as saying. The coalition position is that every unit “should be here with the coordination or and with the permission of the government of Iraq,” he is also quoted as saying.

Q:  There have been some reports coming from Iraq claiming that Colonel Dorrian called Turkish military presence in northern Iraq as evil and called Turks as invaders.

I got a statement from here saying that these are false, but I wonder about the Pentagon's general assessment -- of the Pentagon itself about Turkish armed forces presence in northern Iraq.

MR. COOK:  Again, you -- you -- my understanding is that the question about the words that were represented, that was not factually correct as to what Colonel Dorrian said.

And the view of the United States has been that, of course, the sovereign territory of Iraq -- that the Iraqi government should be able to speak to foreign troops on its soil.  And that's something that -- again, this is a sovereign issue for the government of Iraq.

Q:  You -- (inaudible) -- some kind of -- by saying this is sovereign right of Iraqi government to, you know, to decide about foreign troops on its territories.

So do you imply that Turks are there without request or knowledge or consent of the Iraqi government?  Have you spoke to any of the parties about the issue?

And that's -- will remain our focus and we think there's ample opportunity for the coalition to work very closely with the government of Iraq to achieve that goal.

They have appealed the matter to the United Nations Security Council.


Majeed Gly (RUDAW) quotes United Nations spokesperson Farhan Haq stating, "Any support to Iraq must conform to the principles of UN charter notably the principles of sovereignty, territorial integrity, and non-interference. The Secretary General hopes the government of Turkey will ensure that all activities in Iraq are conducted with full consent of the government of Iraq."

Apparently not to officials in Turkey.


AFP quotes Turkey's Prime Minister Binali Yildrim stating, "No matter what the Iraqi government in Baghdad says, a Turkish presence will remain there to fight against [ISIS], and to avoid any forceful change of the demographic composition in the region."

RECOMMENDED: "Iraq snapshot"
"Iraq snapshot"
"Voting for the lesser of two evils doesn't only he..."
"Iraq snapshot"
"Iraq snapshot"
"What do those wild swings in the polls indicate?"
"Hejira"
"ARROW"
"What she says behind closed doors"
"Just one more whore on a crowded street corner"
"That Clinton Foundation cesspool"
"Good to know our tax dollars pay for them to lie to us"
"Jill is the real deal"
"Hillary's the worst"
"let the blood stain her forever"
"They do get that Greens exist, right?"
"Most underrated movie star"
"All those whores"
"Hillary finally tells the truth"
"'rapist bill' - it's his fault"
"The race to the bottom"
"Live Aid?"
"The Nation magazine embarrasses itself even further"
"That corrupt Clinton Foundation"
"Tyrone S. Woods' father makes a presidential endorsement"
"A few things about Jill Stein"
"QUANTUM LEAP II"
"Hillary has the deaths of millions on her hands"
"Even Bill hates it"
"that embarrassing fancy nancy paul krugman"
"Hillary is the destroyer"
"Do the dead matter?"
"The land of the free?"
"So the fix was always in"
"Ajamu Baraka"
"Elon Musk is not a hero"