THIS JUST IN! ELECTION FRAUD! WTH?

MARK ELIAS "is alleging that thousands of votes may have been switched or changed by Dominion voting machines."

DOESN'T HE USE YOUTUBE?  DOESN'T HE KNOW THE AP CALLED THE ELECTION -- AS THEY ARE TASKED WITH DOING BY THE U.S. CONSTITUTION.

Let's start with stupidity.  Which means, let's start with the Pelosi family.  Speaker of the House Nancy Pelosi has several entitled children who have been unable to make a go of it on their own.  Fortunately, Nancy always there to prop them up.  Christine Pelosi Tweeted:

#CancelCulture: I was a Hill staffer when
@HouseGOP
canceled French Fries over the Iraq War. When I went to order my fave club sandwich on toasted wheat hold the mayo and “Freedom Fries” a cafeteria worker said “If they want to be patriotic they can give us a damn raise!” Amen 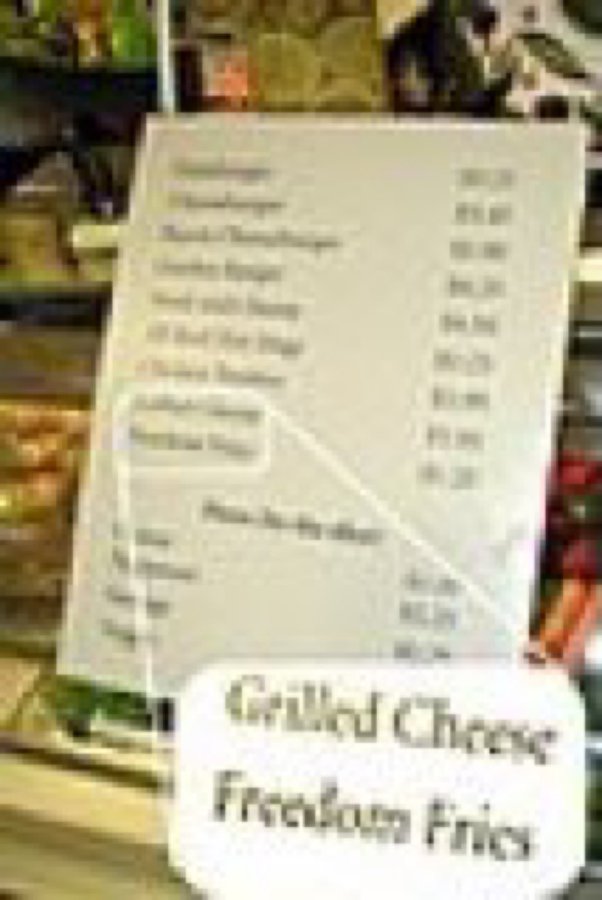 For example, leave it to the entitled to Tweet 'about Iraq' by noting freedom fries.  I guess it helps Chrissy pretend like her whole family doesn't have Iraqi blood on their hands.  Nancy didn't end the Iraq War.  US troops are still on the ground in Iraq.  In the lead up to the 2006 elections, she told the American people that if they gave her party (the Democratic Party) control of one house of Congress, they would end the Iraq War.

The American people gave them control of both houses.  They didn't end the war.  It had been so good at turning out the vote in 2006 that they wanted to use it for the 2008 presidential election as well.  Of course, Nancy had her excuses.  THE SAN FRANCISCO CHRONICLE didn't buy them when she spoke to them but, hey, let's toss it out there, Nancy swore she had done her part and that it was Senate Majority Leader Harry Reid who was keeping US forces in Iraq.  Strange though, doing her part never meant a House vote.

So much wrong with the Tweet.  Including her being a 'staffer.'  That's a job that someone else could have used.  But time and again, she's gotten government jobs because of her mother.  She has no real skills -- so she really can't use that useless law degree -- so she counts on the people loyal to Mommy to employ her.  Heaven forbid a child should ever have to make a living by not trading on their famous parent's name.

Another thing wrong with the Tweet?  Some imaginary worker told her "They can't give us a damn raise."  And she Tweets that as her mother refuses to give the American people the $2,000 stimulus check that Joe Biden promised last month.

To the Pelosis, Iraq is nothing but the 'pain' they suffered when they had to order 'freedom fries.'  In the real world, over a million Iraqis are dead.  In the real world, Nancy Pelosi's failure to keep her promise -- or even work to keep it -- has left many Americans dead and injured.

Recommended: "WOW Did Biden REALLY Like the Iraq War & WOW Did H..."

"The lies never end when it comes to the Iraq War"

"America Sees The Sharpest Rise In Poverty In 50 Years"

"#HLM #HardLensMedia AOC and The Squad Join The Wal..."

"Recalling Kshama Sawant is an Attack on All of Us"

"The Door's John Densmore talks to Pacifica about T..."

"Joe Biden, Where Is My Money?"

"Krystal and Saagar: Biden Team LOSES IT At Slighte..."

"AskProfWolff: Why a Socialist Party for the US""

"How women and girls are leading the way to the end..."

"How is Feminism Political? | Feminism In India"

"Immortal Technique On Biden & US Imperialism"

"Is Kyle Kulinski Not Owning Up to the Justice Demo..."

"Joe Biden, Where Is My Money?"

"Defund the Police of Reimagine the Police? With Ga..."

"To Those Who Only Call Out Election Fraud When It ..."

""Nobody Can Be Above Criticism": Kshama Sawant on ..."

"#RichardMedhurst No Pardon for Assange and Snowden"

"Episode 211: What Corporate Interests Are Infiltra..."

"How We Blocked Weapons Trucks in Canada — How You ..."

"The Greed Pandemic Is What Is Killing Us"

"Why Samantha Power should not hold public office"

"Investing in Each Other: Aminatou Sow and Ann Frie..."

"US Foreign Policy: Hawkish No Matter Who's In Charge"

"Everything Is Awesome With Joe Biden!"

"Tech Censorship, with Glenn Greenwald and the CEOs..."

"Tulsi fights Censorship, Is everyone a Nazi? Joe B..."

"The Biden Administration And Iran: Interview With ..."

"nora breaks down the realities"

"We do have a right to know"

"The press destroyed their own reputations"

"Fred Hampton and other topics"

"The United Corporations of America"

"No reforming the War Criminal"

"Disaster in the Kitchen (and the shameful WSWS)"

"Another reason we need another party"

"The sad and pathetic"

"Cananda and the US plot together again"

"Joe Biden is not an improvement"

"Disney's longterm sexism is on full display in Wan..."

"Adrienne Barbeau's bad book THERE ARE WORSE THINGS I COULD DO"

"When's it coming out? Never"

"The racism of The Water Cooler Set and WANDAVISION"

"The death of the Arecibo radio telescope"

"5 great tracks from the Pretenders"

"Garbage passed off as news"

"The Age of Intolerance"

"Hozier and the Pretenders"

"It is time to cancel Batwoman"

"Batwoman, is it time to cancel it?"

"Go back to Canada, Naomi, no one wants you here"

"Joe Biden to enlist Distracting Donald in new administration"
"THIS JUST IN! THE BIDEN PLAN!"