THIS JUST IN! SHE STILL CAN'T TAKE A HINT!

WHEN WILL CRANKY CLINTON JUST GO AWAY?

Hillary Clinton✔ @HillaryClinton
Thanks for standing, speaking & marching for our values @womensmarch. Important as ever. I truly believe we're always Stronger Together.

SHE KNEW THE ELECTORAL COLLEGE DECIDED.

SHE WAS TOO DUMB AND LAZY TO CARE BECAUSE SHE FELT ENTITLED.

NOW SHE REFUSES TO JUST GO AWAY.

WHAT A NIGHTMARE THE 2000S WOULD HAVE BEEN IF AL GORE HAD TWITTER?

So here they come, the same crowd that tried to tell American how to vote.

All they did was alienate a lot of people.

Adults know how to vote.

It's one thing to say, "I'm proud of Hillary and I'm voting for her.''

It's another to try to shame someone into voting for your political crush.

And now, in utter stupidity,they show up as Donald is being sworn in, to protest . . .

Because he's going to do things that demand protest.

And by upping the outrage factor with protests before he's even president, all these idiots are doing is making sure many Americans will tune out when actual protest for actual actions take place.

And let's go back to those vets.

Because I'm thinking about Sally Field's Emmy acceptance speech and how she pretended to care about Iraq -- then lost all interest in it as Barack came into office.

And I'm realizing how many years ago that was.

I look at a number of the veterans protesting as young people.

They've been out of Iraq for at least ten years now.

Alex Dowling ‏@WellSpokenBloke  35m35 minutes ago
Alex Dowling Retweeted Ms. Rosenberg
The Iraq War in 2003 can clearly remember every Teacher in School talking about it and I was only 5 at the time.
Alex Dowling added,

Ms. Rosenberg @Miz_Rosenberg
15yo has an interesting question this morning: What's the first major news story you can remember living through as a child?
0 replies0 retweets0 likes

So as they protest McCain, I'm left to wonder, where the hell have they been as Barack's sent more US troops into Iraq, as Barack's bombed Iraq daily since August 2014?

Where the hell have they been?

I didn't start Iraq Veterans Against the War -- they did.

So I guess, in a John Kerry-like way -- they were against the war before they were for it?

And all of the above, where is their cry to stop the paranoia and fear of Russia?

The Russian government has not been proven to have done anything.

There is no evidence that it hacked the election or anything else.

Now I know Jane fell to the floor in Russia when Roger Vadim took her there and she had a panic attack because she was consumed by the Cold War fears.

Why in the world wouldn't she speak out now as idiotic Temple Prostitutes for Hillary try to restart The Cold War?


These losers want to pretend life was great the last 8 years when it truly was not.

RECOMMENDED: "Iraq snapshot"
"Isakson to DeVos: How Will You Aid Students as Edu..."
"Samantha Power Can See Russia from Her Padded Cell..."
"Iraq snapshot"
"Isn't it time for ESPN to reign in Jane McManus?"
"Iraq snapshot"
"Iraq snapshot"
"Iraq snapshot"
"Mosul Slog (like the embarrassing Krugman) still h..."
"Green Party Launches Local Chapter in Flint, Elect..."
"Isakson, Perdue, Graves, Allen Applaud Governor De..."
"The Deep State Wants to Deep Six Us (David Swanson..."
"U.S. Senator Tammy Baldwin Awarded Army Decoration..."
"PORTLANDIA"
"things to remember"
"Trump"
"Cyrus on Scandal"
"Dolly Parton's b-day"
"Still disgraceful Nader"
"FEUD"
"Open letter to President Trump"
"Barack failed"
"Tweet of the Week"
"Cass Elliot and Joni Mitchell"
"8 people own the bulk of the world's wealth"
"SHADES OF BLUE and WILL & GRACE"
"Melanie Safka"
"Why hasn't Hillary disowned this person!!!!!"
"The reality about John Lewis"
"Barack and the press sniff each other's asses"
"barack failed ed snowden and we let him get away with that failure"
"Bumblebees"
"yeah, but ...."
"Cass and the Mamas and the Papas"
"Big Money"
"Trump and the C.I.A."
"NETFLIX"
"E's new show and Maxine Water's sad tired song"
"Oh, save us from Michael Moore"
"It had been a good magazine"
"It changes nothing"
"If there's not a pardon for Ed Snowden . . ."
"Hillary and her hacks"
"Shut up, Patty Arquette"
"Why WHY HIM? flopped"
"Good for Lee Greenwood"
"Bill Maher is a pig"
"well it kept him away from kiddie porn"
"Poor and pathetic Oliver Willis"
"Cranky Clinton tight with Saudi Arabia"
"THIS JUST IN! CRANKY CALLS OUT RUSSIA AND PRAISES SAUDI ARABIA!"
Posted by Wally at 1:25 PM

THIS JUST IN! CRANKY CALLS OUT RUSSIA AND PRAISES SAUDI ARABIA!

Saudi Arabia has financed 20% of #Hillary Clinton's election campaign, but #Russia manipulated the US elections? WOW! 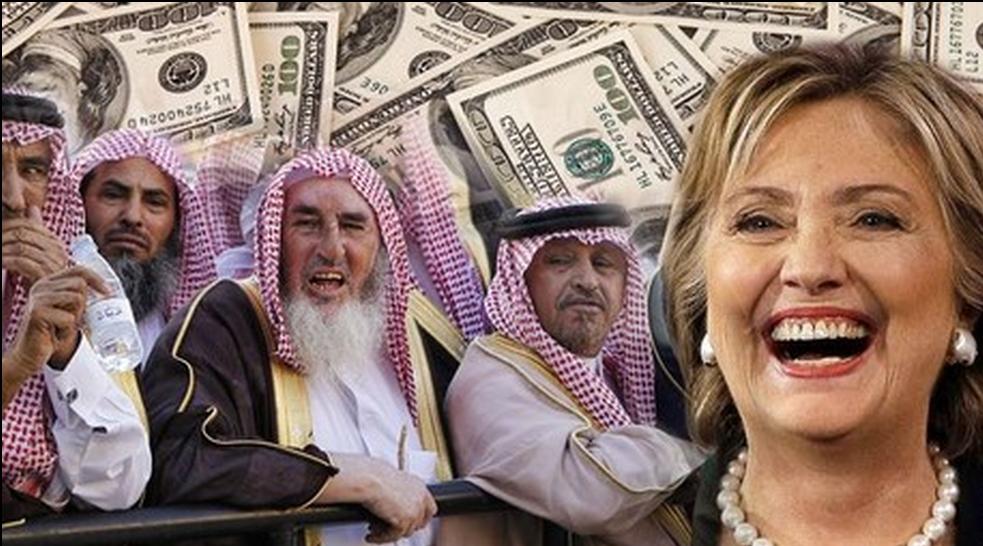 REACHED FOR COMMENT, CRANKY CLINTON TOLD THESE REPORTERS, "I'VE ALWAYS FOUND SAUDI ARABIA TO BE MORE PROGRESSIVE THAN RUSSIA WHEN IT COMES TO WOMEN'S RIGHTS.  THAT'S THE TRUTH JUST LIKE EVERY WORD FROM MY MOUTH IS THE TRUTH.  I AM ALWAYS HONEST.  I NEVER LIE.  IGNORE THE FBI.  IGNORE EVERYTHING.  IF YOU DO I WILL RUN IN 2020 AND I WILL!  I WILL!"

More and more, I think what any occupant of the White House needs is a car with twin 11-year-olds in the backseat, bored, hopped up on Monster and kicking the seat in front of them while repeatedly asking, "Are we there yet?  Are we there yet?"

Are we there yet?

That's one of the most important questions that president-elect Donald Trump will face once he's sworn in as President of the United States.

And someone needs desperately to define where ''there" is.

The Iraq War, or at least this century's installment, started in March of 2003.

Two months shy of 14 years, the war continues and US troops are still engaged in it -- from the air and on the ground.

Yet still the Iraq War continues.


1) Victory in Mosul does not mean the ISIS threat is over.
2) Young democracies like Iraq are not the place for strongmen.
3) Reconstruction must address the longterm needs of the Iraqi people.
4) Iraq's ability to secure its future is limited by serious economic shortcomings.

Kenneth RothVerified account ‏@KenRoth  11h11 hours ago
Terrorism in Iraq gets far less attention, but Iraq was the site of the deadliest terrorist attack in 2016.
1 reply64 retweets43 likes

Yep, it does get less attention.

Why is that, Kenny boy?

Because you used your Twitter feed to campaign for Hillary Clinton?

Had you just focused on Iraq, maybe it would get the attention it needs.

Had you just Tweeted about HRW's Iraq reports, it might have gotten attention.

But before the election you thought you were slyly promoting Hillary and post-election you've had a tantrum or two.

Maybe if you'd focus on human rights and the work of HRW, Iraq could get the attention it deserves.

If you're part of the problem, that's on you.


RECOMMENDED: "Classic Cher"
"Iraq snapshot"
"Iraq snapshot"
"Iraq snapshot"
"Obama's Legacy -- "...a Disaster..." (Francis A. B..."
"Iraq snapshot"
"Allegations Against Russia Less Credible Every Day..."
"Fake Ass Jeans"
"Politics and Modern Family"
"Who's the idiot at WSWS?"
"SILENCE"
"Barack brings in more illegal spying"
"John Lewis needs to sit down already"
"Nick Jonas, Carly Simon"
"The Guardian is concerned with selective fairness"
"uh, when did we hop in bed with the c.i.a."
"Close down the CIA"
"The media's informercial may be ending"
"Ha ha on Babs Streisand"
"Stand, don't cower"
"State of the world"
"Our new Joe Lieberman"
"The embarrassing Brazilian wax that is Donna"
"Yea Joe!!!!!"