THIS JUST IN! SO STUPID, SHE CAN'T EVEN FOLLOW A MOVIE!

ALYSSA MILANO HAS FINALLY FOUND SOMEONE MORE STUPID THAN SHE IS.

So can we just get rid of the "second hand can't be a whistleblower" talking point? 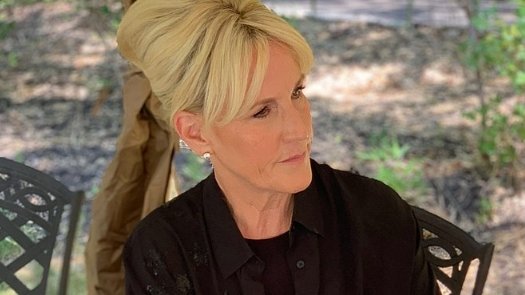 
YOU REALLY DO NEED TO HAVE FIRST HAND INFORMATION TO BE A WHISTLE BLOWER BUT, MORE TO THE POINT, ERIN BROKAVICH WASN'T A WHISTLE BLOWER AND NO ONE WITH HALF A BRAIN HAS EVER CLAIMED SHE WAS.

CHUCK EBERSOL WAS A WHISTLE BLOWER AND IS THE ONE WHO TOLD ERIN ABOUT THE DOCUMENTS THAT PACIFIC GAS AND ELECTRIC WAS TRYING TO DESTROY.

ACTUALLY, RONALD KLAIN MAY NOT BE MORE STUPID THAN ALYSSA MILANO -- ALYSSA RETWEETED HIM.  AS AN ACTRESS -- EVEN A FAILED ONE -- SHE SHOULD BE FAMILIAR WITH AN ACTRESS' OSCAR WINNING PERFORMANCE AND THE FILM IT CAME FROM.  THEN AGAIN, KNOWING ALYSSA, SHE PROBABLY ONLY 'SCREENS' HER OWN WORK -- FORCING ALL OF HER GUESTS TO WATCH 30 YEAR OLD EPISODES OF 'WHO'S THE BOSS.'

While most of the news focus this week pertained to certain goings-on in the House of Representatives—goings-on that of course Elizabeth Warren was the first candidate to call for, in April—Warren has started to take Joe Biden’s lead. She led Biden narrowly, for the first time, in two national polls released this week, and she has taken the lead in the Iowa polling average as well. She took the lead in a New Hampshire poll. She is nearing the lead in Nevada. She is drawing healthy shares from supporters of both Clinton and Sanders in the 2016 primary contest. She is starting to see some movement among black voters. Democrats are the most enthusiastic about her candidacy. There is … nothing going wrong right now? Nothing! This newsletter likes to make jokes about how politicians are failing at politics, and she’s just not giving us anything.


So while Elizabeth is up, Joe is down, dragged down by his own actions.  Over at US NEWS AND WORLD REPORTS, Susan Milligan speaks with University of New Hampshire's Dante Scala:

Biden, in fact, might have some vulnerability on the Ukraine matter with voters, Scala says, because voters might wonder how and why the younger Biden went to work for a Ukrainian firm while his father was in the White House.
"It's not a great look, even though there's not any evidence of wrongdoing," Scala says.

There is absolutely the evidence of wrong doing.

This lowering of our standards is how we end up with presidents unfit to serve.

Joe Biden's son Hunter gets employed by a firm and that's the wrong doing.  Yes, Hunter needed a job.   Three months prior the US military had kicked him out of the reserves because of his use of cocaine.  They should have referred it over to a court, he should have been arrested.  Instead, they just kicked him out.  Three months later, with no experience to speak of, he's brought on and paid $50,000 a month.

Hunter never should have taken the job to begin with.  Once he did, Joe should have been removed from any and all dealings with Ukraine.

It is unethical.  And as vice president, Joe insisting, "I didn't do anything wrong," isn't enough.  Joe has to avoid the appearance of a conflict of interest.  He was the Vice President.  He has to be held to a higher standard while in that office.


It was Joe Biden’s family that almost kept him from running. Now, it could help drag him down.
Why it matters: The former vice president has to answer questions about family controversies just as Elizabeth Warren is catching him in the polls.
Top Democrats tell us they worry the Ukraine fracas winds up being an albatross for Biden because he'll be associated with an unpopular issue and process, and won't be able to shake questions about Hunter Biden.

No, wrong doing?  Corruption in office is wrong doing.  There is ample public knowledge that suggest wrong doing without any investigation.

His actions look smarmy, his actions appear unethical.  And that's without any probe taking place.


RECOMMENDED: "Iraq: Attacks on protesters, firing the commander …"
"Joe Wilson has passed away"
"Some Tweets from Sarah Abdallah"
"Some Tweets from Ajamu Baraka"
"Expanding Social Security"
"Health Care as a Human Right - Medicare For All"
"After SCOTUS Ruling, Asylum Seekers Ask Court for …"
"Women veterans deserve better; change the culture …"
"Center for Reproductive Rights Sues to Protect Fre…"
"Some Tweets from Margaret Kimberley"
"Some Tweets from Sharyl Attkisson"
"Tickets Are Running Out - Get Yours at a Discount!..."
"Iraq snapshot"
"Baldwin-Supported Funding to Expand Flight-Trainin…"
"Rep. Susan Davis Votes to Restore Consumer and Wor…"
"Senator Hirono Opposes Nomination of Eugene Scalia..."
"On Senate Floor, Gillibrand Urges Colleagues To Gu..."
"Rep. Bass Announces Support For Formal Impeachment..."
"Senator Murray Calls on Senate to Hold President T..."
"Iraq snapshot"
"Inside the New Issue of Ms."
"Episode 149: Fred Meyer Boycott Is On!; California..."
"Listen now to Podcast: Ethical & Sustainable Inves…"
"Bioneer, Support Our Future Leaders"
"Iraq snapshot"
"Some Tweets from Gabrielle Farrell"
"Some Tweets from David Sirota"
"Isakson, Tester Applaud Senate Passage of Legislat…"
"Iraq snapshot"
"Isakson Remains Committed to Reducing the Rate of …"
"Talk Nation Radio: Kathy Kelly on Peace, Afghanist…"
"Iraq snapshot"
"ISIS, Joe and racist Nate"
"Some Tweets from Elizabeth Warren"
"Some Tweets from Bernie Sanders"
"Some Tweets from Gabrielle Farrell"
"Some Tweets from David Sirota"
"Idiot of the week"
"MODERN FAMILY"
"Bernie's the real deal"
"We could have Bernie or Elizabeth"
"Another Fine Mess "
"Unless it's a porn, you can't sell a movie on penis size"
"Better than Biden"
"Curiosity on Mars"
"Like Chuck says, "It's science!""
"John Stauber and Ilhan Omar"
"Daddy issues"
"PRODIGAL SON"
"The audience has bailed on EMPIRE"
"Cookie's just a bitch -- nothing more, nothing less"
"Weekend box office and Emmy thoughts"
"The corrupt Biden family"
"Joe and Ukraine"
"The way Joe Biden mistreats women"
"Show Bernie some support"
"Julian Assange"
"The real conspiracy is the effort to cover up for …"
"In thirty years, what will the political landscape..."
"Dario Hunter and Howie Hawkins"
"Support for Bernie!"
"Some Green Party Tweets (on climate change)"
"The rush to impeach"
"Pat Buchanan walks you through the problem"
"Biden's only tough on crime when it comes to people of color"
"The reality of the 'impeachment' move"
"2 articles"
"5 great tracks from Blondie"
"Joe is not fit to be president"
"Good news from NPR"
"Sam Smith"
"Calm down, Dianne"
"joy behar's big stupid moment"
"get honest, hillary, or just go away"
"matt lauer and prince Andrew"
"renee does judy! at the palace and elsewhere!"
"how stupid is alyssa milano?"
"Slow Cooker Spicy Black Eyed Peas in the Kitchen"
"I don't cry when some people (RC) lose a job"
"Morning Edition, Black Agenda Report and WSWS"
"When will United Auto Workers support the workers?"
"Nobody wants Joe"
"Joni Mitchell, Carly Simon, Angie Stone, The New Pornographers, Noel Gallagher"
"Corrupt Joe Biden and his crooked niece"
"That unethical Biden family"
"Patti's latest masterpiece"
"Patti Smith"


"She just gets older and more stupid"
"THIS JUST IN! IF ONLY SHE COULD GET A JOB SHE MIGHT NOT BE SO ANNOYING!"