THIS JUST IN! HYPOCRISY, THY NAME IS HILLARY! 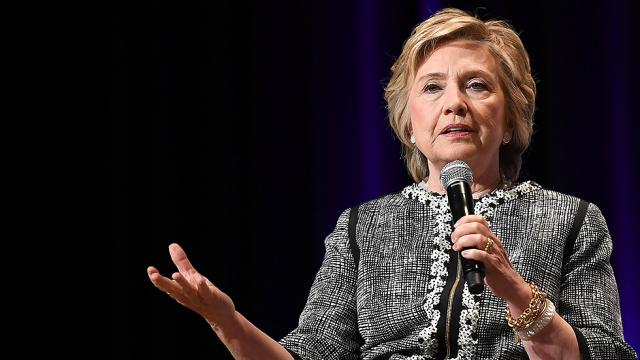 WOULDN'T THE HEIGHT OF HYPOCRISY BE DENYING YOU DID ANYTHING WRONG -- DESPITE SENDING CLASSIFIED E-MAILS FROM AN UNSECURE SERVER -- AND THEN WHINING ABOUT SOMEONE ELSE USING A PRIVATE E-MAIL?

YES, CRANKY CLINTON.  YES, IT WOULD BE.

Yesterday, a historic referendum was held in northern Iraq.  Results above from RUDAW, the official results will be released later-- some day two to three days but Susannah George (AP) reports the results are expected this evening.  .


RUDAW explained the referendum as follows:

More than five million people are eligible to vote when the people of Kurdistan head to the polls on Monday, September 25, to decide whether they want to leave or stay with Iraq.

With an estimated global population of between 30 and 40 million, the Kurds are one of the largest ethnic groups without a state. Under the post-WWI Sykes-Picot agreement of 1916, Kurdish lands were divided between Turkey, Iran, Iraq, and Syria.

Kurds in all four parts of what is known as Greater Kurdistan have faced persecution, discrimination, and genocide, and have fought at times for greater rights, autonomy, and independence.

In Iraq, Kurds make up 17 to 20 percent of the total population. In the Kurdistan Region of northern Iraq, Kurds have had a semi-autonomous government since a no-fly zone was established over their lands in 1991 after the first Gulf War.

The new Iraqi constitution that came into effect in 2005, after the US-led invasion of 2003, recognized the Kurdistan Region as a federal region with its own legislature and armed forces, the Peshmerga. Both Erbil and Baghdad have accused the other of violating the constitution.

The September 25 referendum will take place in Kurdistan of Iraq only, not neighbouring countries.

Voters in Zakho can not wait until morning. They already started to build lines. #KurdistanReferendum

RECOMMENDED: "Daniel Kovalik on Morgan Freeman and the Plot to S..."
"Isakson to Hold Hearing on Veteran Suicide Prevent..."
"E-mails, the Trumps' and Hillary's"
"Iraq snapshot"
"Briefing With Special Presidential Envoy for the G..."
"Google is intensifying its censorship of left-wing..."
"Talking entry"
"Iraq snapshot"
"Liberation now apparently equals death"
"Light at the End of the Tunnel (Francis A. Boyle)"
"More Tweets from Margaret Kimberley"
"Stevie Nicks' "Gypsy""
"Take responsibility"
"LAST MAN STANDING"
"Video of Kevin Zeese"
"Idiots at The Hive"
"Dining out on BBQ"
"where's the proof? or even the beef?"
"Woah, Margaret Kimberly, tell us how you really feel"
"Confused"
"Melania and Harry"
"Ben gets served"
"No superior judgment"
"lucia graves is a bigger idiot than hillary clinton"
"More proof of Hillary's questionable judgment"
"Al Gore didn't . . . "

"THIS JUST IN! ROB DOES HILLARY!"
"That's Miss Clinton to you"

THIS JUST IN! ROB DOES HILLARY!

ONE TIME ACTOR AND FAILED DIRECTOR ROB REINER INSISTS HE WAS NOT SPOTTED EARLY SUNDAY MORNING TROLLING WEST HOLLYWOOD IN DRAG, DRESSED -- CANKLES AND ALL -- IN THE SPITTING IMAGE OF HILLARY CLINTON.

"I LOVE HILLARY," REINER TOLD THESE REPORTERS.  "I HAVE MY LIMO DRIVER CALL ME 'MISS CLINTON' OR 'MADAM PRESIDENT.'  AND I BUY MY PANTIES AT THE SAME STORES AS HILLARY.  BUT I WOULD NEVER DRESS UP AS HILLARY WHEN LOOKING TO PICK UP MEN.  PARTLY BECAUSE SHE'S SUCH A BONER DEPRESSANT.  SHE'S THE ANTI VIAGRA."

WITH THAT, REINER FINISHED POWDERING HIS NOSE, CLAMPED SHUT HIS COMPACT AND LUMBERED OFF.

In three days, the KRG and Kirkuk are scheduled to hold a referendum on whether or not they should remain a part of the Baghdad-based government.

As the vote looms, panic ensues among those opposed to the vote.

Denouncing the move are the foreign ministers of Iraq, Turkey and Iran.  The three elected to meet up in New York.  Tuvan Gumrukcu and Tulay Karadeniz (INDEPENDENT) type:

In a joint statement, the foreign ministers of the three countries voiced concerns that the referendum would endanger the gains Iraq has made against Islamic State, and reiterated their fears over the potential for new conflicts in the region.


How would a vote "endanger the gains Iraq has made against Islamic State"?

They repeat that fear over and over and no one ever asks them to define it.

The KRG and the Baghdad-based government do not get along and have not for years.

Has that prevented them working together in Mosul?

Why would this be any different?

But fear and the trash that peddles it always runs wild.

Let's play their game for just a second.  The Baghdad-based government manages to shut down the vote at the last minute, how does that help the struggle against ISIS?

Link to headline article
Pressure Mounts on Iraqi Kurds to Cancel Independence VoteIn a region where few people agree on anything, neighbors and allies are pressing the Kurds to delay a vote they say could unleash violence.


The pressure has been going on for weeks now.  So far, the KRG has refused to buckle.

RECOMMENDED: "The last thing Iraq needs"
"What's up with Julian Assange? (Margaret Kimberley..."
"Poems Against The Empire (Francis A. Boyle)"
"Welcome to No War 2017: War and the Environment"
"Sarah Abdallah Tweets"
"Trump’s UN tirade and the logic of imperialism – S..."
"Afghanistan President Meets IAVA Veterans in NYC"
"Iraq snapshot"
"Have we lost our way in war?"
"Iraq snapshot"
"Iraq snapshot"
"Shaking up the Labor World in North Carolina and B..."
"Iraq snapshot"
"Iraq snapshot"
"Self-determination?"
"Kat's Korner: Another classic from Tori Amos"
"KINGSMAN: THE GOLDEN CIRCLE"
"Corrine Brown"
"Easy Chicken Soup in the Kitchen"
"2 really true tweets"
"Boycott Ken Burns"
"Government spying"
"Zuckerberg allowed Russia to hack the elections!"
"Tori Amos Rock and Roll Hall of Fame"
"Racism"
"Ken Burns lies again"
"Wildwood and other new Tori Amos songs"
"When a trash fiction writer loses popularity"
"Tori"
"Rob Reiner and his racist filmography"
"Best description of Sunday's Emmys"
"i agree with philip mudd"
"Hillary is a Tricky Dick"
"What the heck is Anora?"
"Big business protects itself "
"Something to listen to, something to watch"
"Tori Amos"
"Who watches The Emmys?"
"A sick day with TCM"
"terry gross is such a liar"
"Terry Gross helps Hillary lie again"
"Hillary the damn loser who won't go away"
"Who will stand for peace?"
"Wildwood and other new Tori Amos songs"
"tori amos' native invader"
"Again on Tori Amos' NATIVE INVADER"
"My complaint for the month"
"2 worthless things: Hillary and HULU"
"Rob Reiner is an idiot and also a liar"
"Our War Hawk Congress"
"The sorry end to Hillary Clinton"
"HULU, get your f**king act together"
"Poor Hillary"