WAR-CRIMINAL-IN-TRAINING LIZ CHENEY HAS DECLARED THAT SHE IS WILLING TO DO WHATEVER IT TAKES TO PREVENT DONALD TRUMP FROM WINNING THE 2024 PRESIDENTIAL ELECTION.
HAS SHECONSIDERED HARI-KARI?  MIGHT NOT WORK BUT IT WOULD SURELY PLEASE A NUMBER OF PEOPLE AROUND THE WORLD.

For all the pretense of being 'woke,' the US continues to stick its head in the sand when it comes to the suffering in other countries.  The activists in Iraq are living in the destruction that the US government created.  So it is appalling that the US press can't cover this, doesn't want to cover this.  Maybe its their guilt over selling the Iraq War?  Probably not because guilt really isn't an emotion journalists are known to have.

Ihab died, in part, because of journalistic silence.  He wasn't the first killed or the tenth or the fiftieth or the hundredth or . . .  There was a lot of time for the press to run with this story and amplify what has been going on.  The culture of silence allows these murders to continue.

1. Yesterday, on 11 May, the #UNSecurtyCouncil held an open VTC briefing in connection with #UNAMI discussing the alarming regularity of targeted attacks in #Iraq and the failure to organize credible elections in the country. 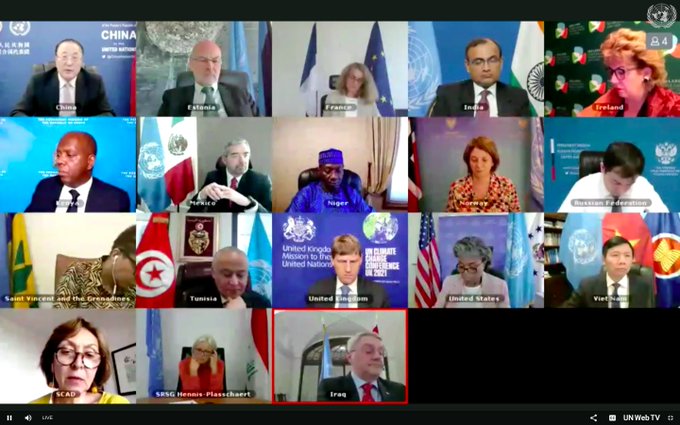 2. The UN Special Representative of the Secretary-General in Iraq and head of #UNAMI, Jeanine-Hennis Plasschaert, renewed her call for all Iraqi stakeholders to adhere to the integrity of the electoral process, stressing that ”the world is watching”. 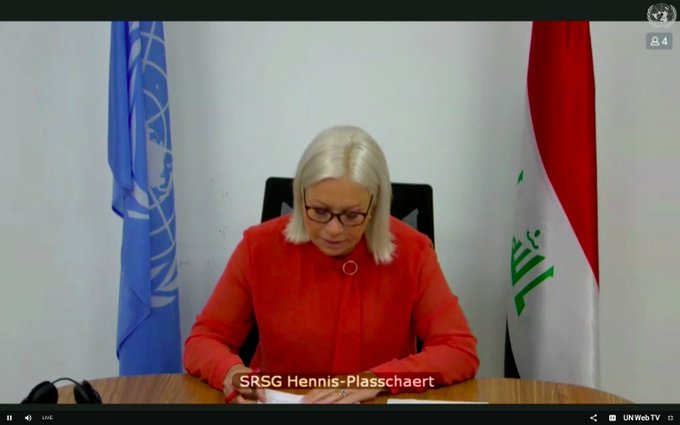 3. The #SRSG further raised concerns around the targeting of prominent activists and the lack of accountability for #HumanRightsViolations, highlighting the assassination of Ihab Jawad al-Wazni in Karbala.
6:01 AM · May 12, 2021

4. She noted that little information was provided regarding the violent attacks against demonstrators which undermines the integrity of elections. UN delegates supported the briefing of Ms. Plasschaert and called for increased vigilance against terrorist activities in #Iraq.
6:01 AM · May 12, 2021

The press too often silences the deaths and it also silences the reactions to the death.  Suadad al-Salhy (MEE) notes that the response to Ihab's murder was to call for more protests.  And the protests continue and the protesters continue to be attacked.  This morning, Sura Ali (RUDAW) reports:

Security forces in central Iraq’s Babil early Thursday arrested large numbers of protestors who were part of reinvigorated demonstrations in the city following the assassination of a prominent activist, a local activist confirmed to Rudaw English.

Masses of protestors, who have taken to the streets since the assassination of Karbala activist Ihab al-Wazni on Sunday calling for accountability, were arrested overnight, according to Babil activist Ammar al-Ghazali.

Videos on social media show clashes between riot police and demonstrators near al-Thawra Bridge in the center of the city. Protesters set tires on fire on the streets, while security forces fired Molotov cocktails to disperse the protesters.

"The protesters agreed to declare a truce for three days during Eid al-Fitr, after which the escalation will resume in the case Wazni’s killers are not revealed, and the arrest campaign against protesters and activists continues," Ghazali told Rudaw English.

"Chris Hedges “We don’t understand the pathology of..."

"Live at the US State Department #FreePalestine"

"Andrew Yang vs. Ilhan Omar, Biden Says YoU Must Wo..."

"Taliban Launches Assaults On Afghanistan After US ..."

"Remarks From Kevin Gosztola For 'Festival of Whist..."

"Palestine Under Attack By US-Backed Israel"

"Elizabeth Warren Admits Medicare For All and Minim..."

"Yay! Intersectional Imperialism from the Empire!!!"

"NBC Does a Fear Campaign on Social Media and Shoe0..."

"Biden To Meet With Putin Despite Everything Biden ..."

"Aaron Maté talks about Glenn Greenwald and The Int..."

"Krystal and Saagar: FACT FROM FICTION On Biggest J..."

"Worst Cold Warriors Of The Week"

"The assassination of Ihab Jawad al-Wani leads to m..."

"Panel: Are We Facing Eviction CRISIS When Moratori..."

"From Climate Crisis to Climate Renewal"

"Jessica Alba and Drew Learn How to Make Delicious ..."

"The Week: Will Biden Undo His Foreign Policy Record?"

"The Ballad of Black Power and the Forgotten Milita..."

"Is Liz Cheney Is WORSE Than Trump?"

"The truth about Alyssa Milano"

"Interesting undertold stories of the assassination of J.F.K."

"the pretty and the ugly"

"palestine and the gay gaston"

"No one's going to miss her"

"Chrissy Teigen is a bully"

"How many viewers does Batwoman have to lose to get cancelled?"

"Ms. Marvel and other heroes"

"So many War Criminals"

"Get the US out of Iraq"

"Jonathan Turley nails it on the First Amendment"

"Crate the dog back to Delaware already"

"THIS JUST IN! MAJOR BIDEN IS NOW A LEGAL LIABILITY FOR THE TAXPAYERS!"