RESPONDING TO WIKILEAKS' LEAKING E-MAILS DEMONSTRATING DEBBIE WASSERMAN SCHULTZ AND OTHER MEMBERS OF THE D.N.C. WORKED IN SECRET TO DESTROY BERNIE SANDERS AND HAND THE PARTY'S NOMINATION TO HILLARY CLINTON, MS. WASHERWOMAN SCHULTZ HAS A FEW THINGS SHE WANTS TO SAY.

"YOU PEONS WERE NEVER SUPPOSED TO HAVE KNOWN!"  WASHERWOMAN SCHULTZ SCREAMED AT THESE REPORTERS THIS MORNING.  "SCREW YOU ALL!  I RUN THINGS AND I RUN THEM MY WAY!  IF YOU DON'T LIKE IT, BUY A TICKET TO THE UKRAINE! WE DON'T NEED YOU! NOT ANY OF YOU!  AND IF YOU DON'T VOTE FOR US, IT WON'T MATTER, I'VE BOUGHT THE VOTING MACHINES!"

The disaster that is newly 'liberted' Falluja has many concerned about what happens to the city and citizens of Mosul when Iraqi forces attempt to 'liberate' it from the Islamic State which has held it since June of 2014.

WHOVerified account ‏@WHO  20h20 hours ago
The conflict in #Iraq has severe humanitarian consequences Nearly 1/3 of the population –10,000,000 people– need aid
Too many people in Iraq are still suffering
Nearly one third of the population of Iraq –10,000,000 people– need aid. Despite limited resources, WHO has so far provided emergency health kits & 10 mobile clinics this year. But that's not enough.

Together We Are More ‏@TWAM__  4h4 hours ago
We don't hear much about this but there are 1.5 million internally displaced children in #Iraq alone. #Humanrights
18 retweets6 likes


One of the top United Nations officials in Iraq is warning that an expected military operation in Mosul will lead to the largest and most dramatic humanitarian crisis in the world, which could impact as many as 1.5 million civilians.
“The impact of the Mosul military campaign on civilians will be devastating,” said Lise Grande, UN Humanitarian Coordinator for Iraq. “Mass casualties among civilians are likely and families trying to flee are expected to be at extreme risk.”
The UN Office for the Coordination of Humanitarian Affairs (OCHA) is asking for an additional $284 million to start preparing food, water, emergency shelter and medical assistance, and other immediately needed aid.
Military operations by the Government of Iraq and its allies to retake areas from the Islamic State of Iraq and the Levant (ISIL) are already forcing hundreds of thousands of civilians, including more than 85,000 people from Fallujah, to flee their homes in search of safety.
More than 3.3 million Iraqis are currently displaced across the country and as many as 2.5 million more people may become newly displaced along the Anbar and Mosul corridors and in Mosul city in the months ahead.

Yesterday, in DC, Secretary of State John Kerry insisted, "I am pleased to announce that, by securing more than $2 billion of pledges that we know will be forthcoming, we have exceeded our expectations and the conference is by all measures successful. Within that total is more than $450 million for humanitarian assistance, much of which is going to go directly to the most recent UN humanitarian appeal.  I’m very proud to say that the United States, each of the countries here, have donated significant – hundreds of millions of dollars, and I think when we finished just making our commitments, we were well over half a billion dollars, and now we are over the – excuse me, were well over half a billion and close to the full billion, and now we’re over the billion."


Sorry to interrupt the chorus of "We Are The World" but how will it be ensured that the money goes to those in need?


These would have been questions to pursue but Elise Labbot didn't.

CNN's reporter got the first question -- when you're the State Dept's pet you get those sort of favors -- and immediately turned a briefing on Iraq into Turkey.

No one was surprised.

When everyone's whispering -- true or false, I don't know -- that you're sleeping with John Kerry, presumably, you're calling the shots.  He is after all married (to a very good friend of mine, so watch your back, Elise, if the rumors are true and say prayers of thanks that you don't live in China).  And if the rumors aren't true, stop pretending flirting is part of a reporter's arsenal.


Iraq's attending this conference with government officials.  Presumably their hands are out.


And Iraq is one of the most corrupt countries in the world and has been for over a decade -- see the rankings on Transparency Index. 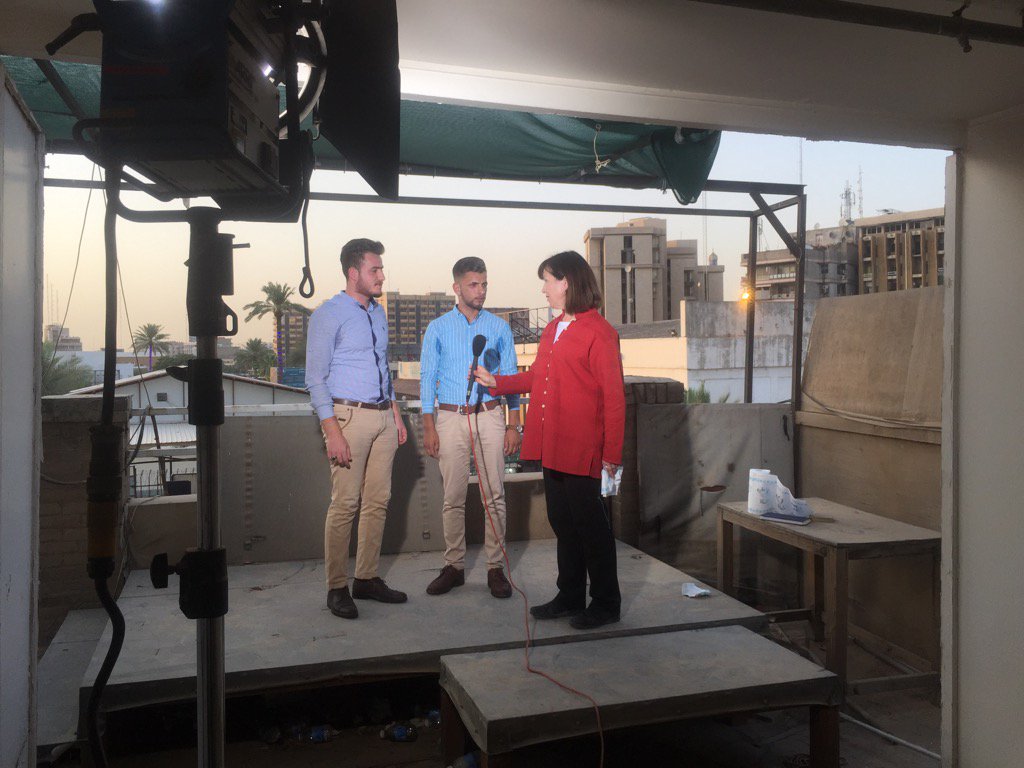 Yes, the students are angry, as are the people of Iraq.

Iraq is an oil rich country raking in billions in oil revenues each year -- billions more than they have millions of people.  Yet government corruption is so great that this oil rich country now has to beg the  International Money Fund for dollars.  You don't catch oil rich Saudi Arabia doing that.

RECOMMENDED: "Iraq snapshot"
"Iraq topics for consideration or not"
"Are you with Jill?"
"where are the rom coms?"
"Secretive Hillary"
"Remembering Kennedy"
"The Saudi story"
"The losing candidates and STRANGER THINGS"
"Trump or Dump -- who will it be?"
"DIFFICULT PEOPLE"
"Who destroys freedom?"
"Ezra Klein, wrong again"
"THIS JUST IN! NECK AND NECK, NECKING WITH OBSCENITY!"
"Battle Ground Deadlock"